Apple’s embargo has lifted on reviews for the new iPad Air. We’ll be publishing a more detailed review roundup shortly, but in the meantime, we’ve rounded up a handful of unboxing videos and first impressions of the device below. 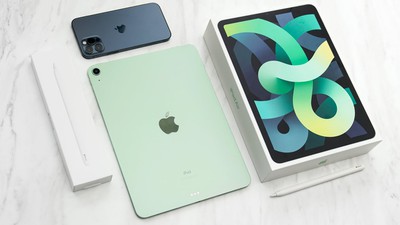 The new iPad Air features a larger 10.9-inch edge-to-edge display, a faster A14 Bionic chip, and a USB-C port instead of Lightning. It is also the first Apple device to feature Touch ID built into the power button. Pricing starts at $599 for Wi-Fi models, while cellular models start at $729, with 64GB and 256GB storage capacities available.